Sam and I decided that for her birthday party, we needed a little craft or activity for the kids to do. I thought that a jewelry party would be a great idea, but Sam overruled that idea…. I missed the days when I could pick the theme, or talk them into thinking my theme was their idea :)… anyways, we both agreed that decorating cupcakes would be a fun idea. It worked really well, the kids enjoyed it and all went home with a few cupcakes too!
As with many of my cooking and baking crafts, it all started with a trip to the local Bulk Barn… We picked out a bunch of sprinkles and toppings. I also picked out some candy eyes, and lips so they could make faces, and some oreo cookie crumbs, and gummy worms so they could make dirt and worm cupcakes. Then I arranged them in plastic containers from the dollar store.

Here is the dining room table set to go. I gave each child a knife, and plate, and as you can see, we bought little boxes to use to take their cupcakes home. 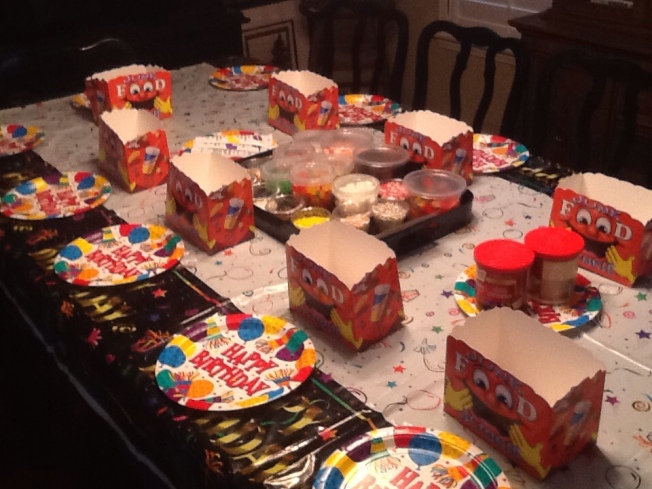 I also put a couple tablespoons of icing in a sandwich bag for each child, then snipped off the corner to use as icing bags.

And filled a couple piping bags, and tubes of icing. 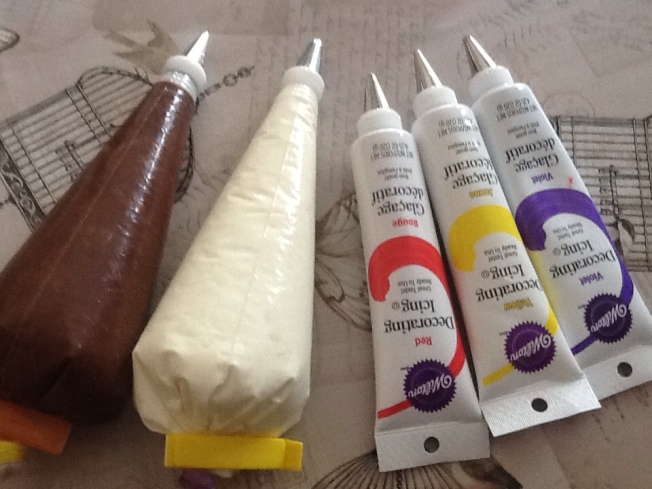 We were expecting about 12 girls, so I made two cake mixes, which made 24 cupcakes, or 4 for each girl.
Here are a few photos… (just of Sam…didn’t want to publish pictures of other girls without permission…) 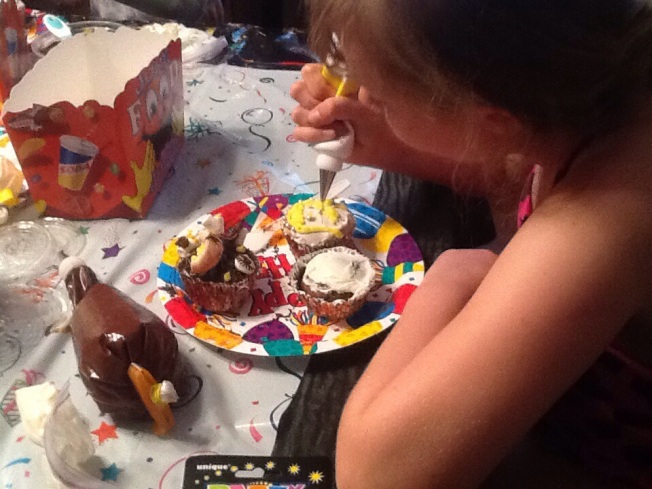 The girls seemed really pleased with their cupcakes, and were happy to take a few home too!
Even Dylan and a couple of his friends came in (once the girls were gone) and decorated a few… Although their goal was not to create a cute looking cupcake, but rather how to pack as much icing and candies on as possible…lol
Overall, the idea worked really well, not only did it keep the kids busy, it also saved me a lot of time, not having to make and ice a cake!