I tend to go on tangents sometimes. When I find a good idea, either creative, time saving, or yummy, I tend to run with it for a while. If you are a creative type person, you’ll understand, but if you are like my husband John, you might not get it… So my current tangent of home made granola started after I was given this recipe from a friend at work….Thanks Linda!

I know she gave me a recipe, but I have made it a little differently each time since. But, the basic idea is the same. I used a variety of nuts and grains, about 1/2 cup each, of things like pumpkin seeds, sunflower seeds, hemp hearts, coconut, flax seeds. Then I have tried adding dried fruits such as apricots, blueberries, cranberries, apple slices, and raisins. Oh, and don’t forget a couple of cups of oatmeal, brown sugar, and coconut oil. 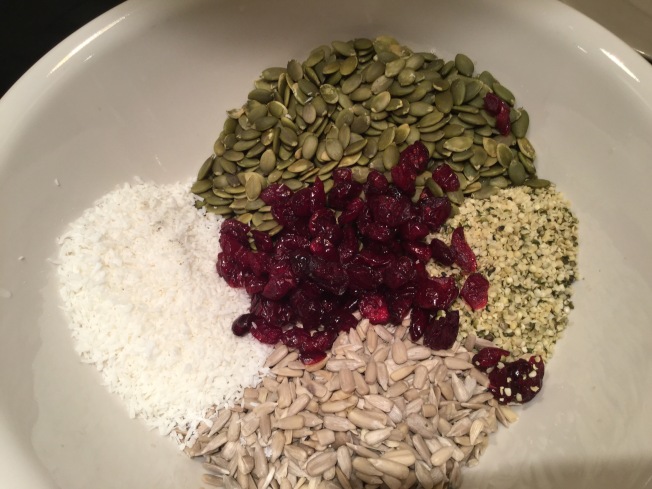 Start with about a cup of organic coconut oil. 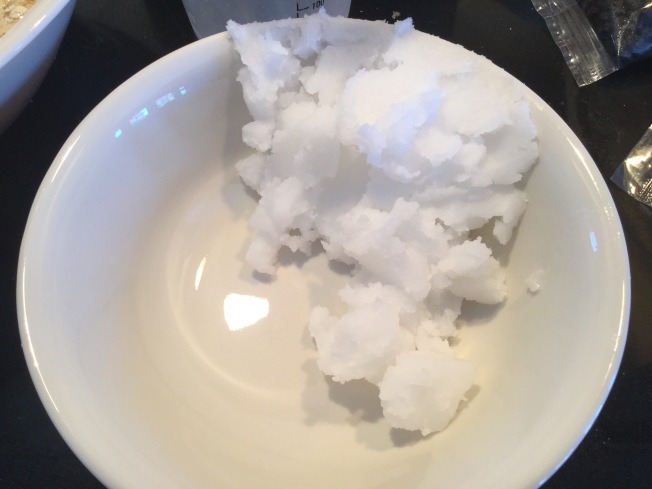 I popped it in the microwave for a few seconds until it melted. 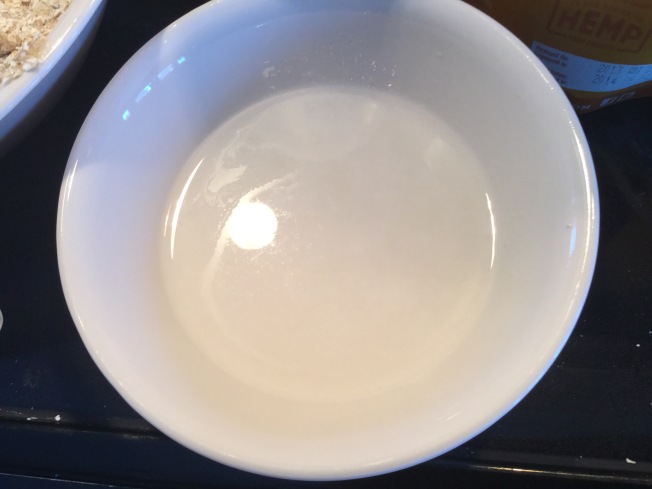 Then I mixed everything together with about a cup and a half of brown sugar and a teaspoon of vanilla. It should sort of clump together once mixed well. I also tried the agave nectar, and maple syrup to sweeten it, but I think I like the brown sugar the best. 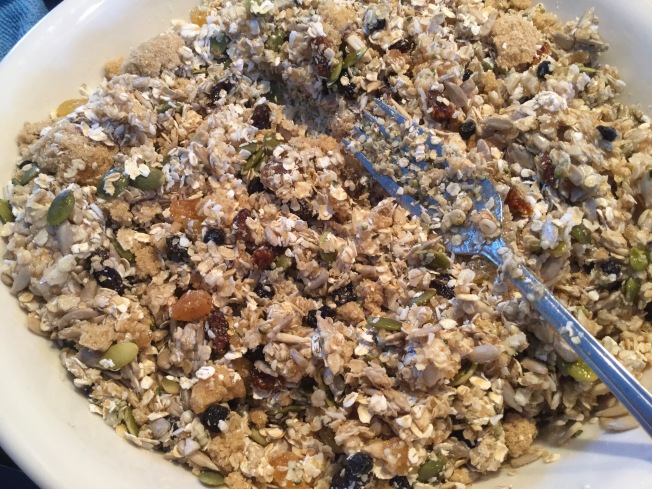 After it is mixed well, spread it out on a cookie sheet. And pop it into a 325 degree oven. Here is what it looks like before… 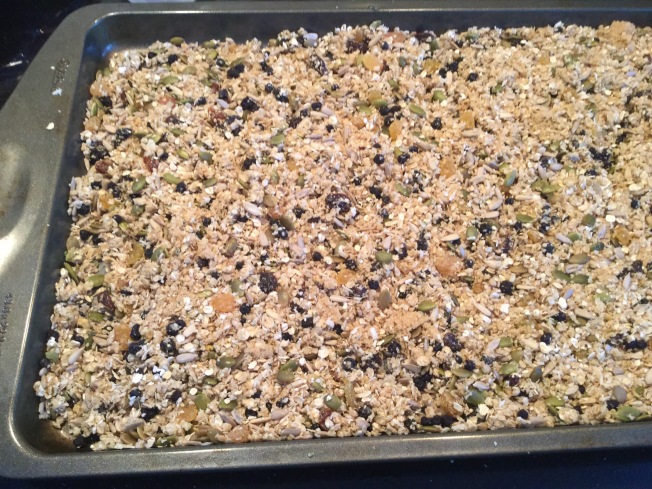 And  here is what it looks like golden brown, after 15 minutes in the oven.  I baked my first batch at 350 degrees, but﻿﻿ I  found that it cooked much more evenly at 325 degrees. This might be because my oven is generally a little too hot, I always find my oven cooks better a few degrees cooler than the recipe says. 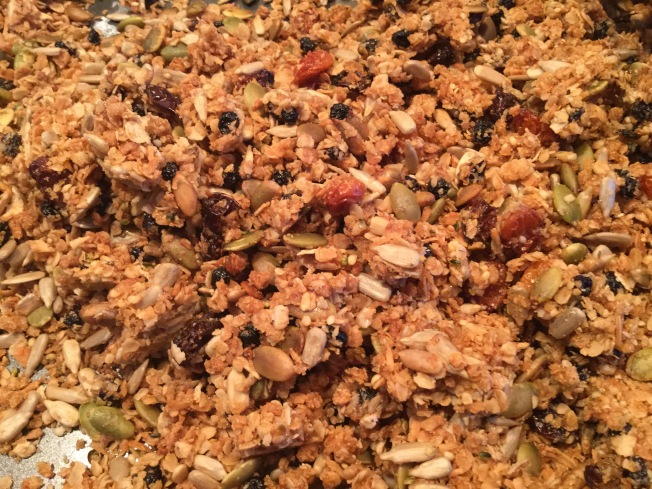 Another thing I learned was that if you are adding dried fruit such as raisins or cranberries, they do not need to cook the whole time. In my first batch, after the dried fruit cooled, they were a little too chewy for my taste. So, I tried mixing the nuts, grains, brown sugar and coconut oil, baked for about 10 minutes, until it started to brown…. 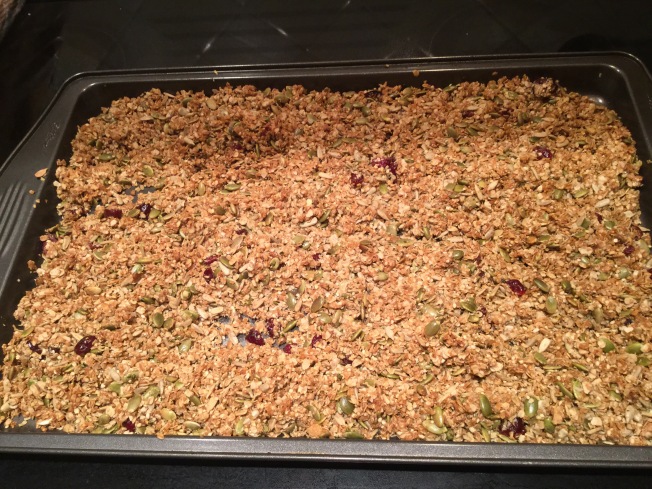 Then I mixed in the dried fruit for the last 10 minutes﻿﻿ or so. 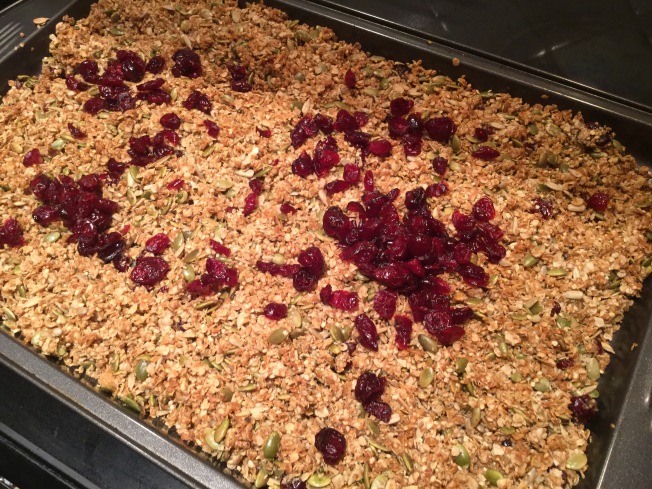 It is delicious! We have been eating it by the handful as a snack, with milk as a cereal, and as a topping for yogurt. 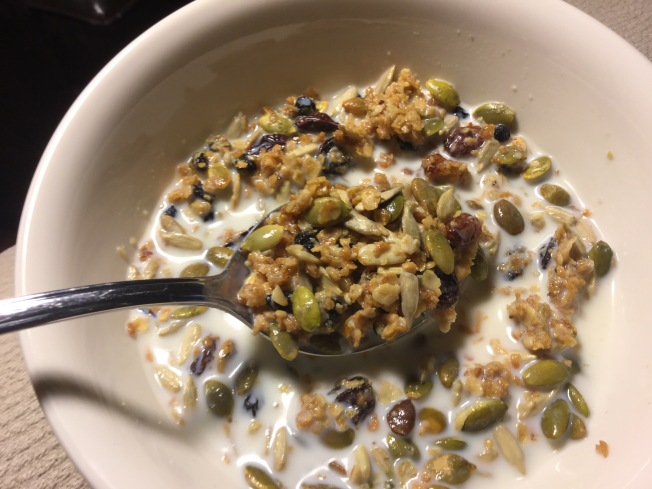 Now, I have to figure out what to do with the huge box of packaged granola John bought at Costco, because now that I have tried this, I don’t think I can eat the packaged kind any more!